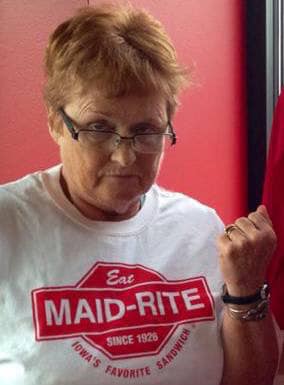 Did you know that squeaky toys are in important component at a Missouri Fox Trotter horse show.  This story requires it’s own segment.  It’s about our first time Versatility Announcer, Vic Rowden and me.  It’s quite a story.

During the past several years at the MFTHBA Spring Show and World Celebration, I had a part in the photography of the two winners of most every class.  I became the photographer “Ear Pricker”.  The winning champion and their owners, friends, trainers relatives, beautiful young ladies in prom dresses, and prizes stand for a once in a lifetime photograph.  It’s imperative that the horse look the best, which means their ears, need to be forward.  Ears forward means the horse is curious or happy which is tough in the midst of a clapping cheering crowd, organ music, announcer talking, speakers overhead, and people all over the place.  After a lot of effort on the part of the horse going around the arena many times, the horse is also tired.  It takes a special skill to get the horse interested or curious enough to put their ears forward.

The first year for me, the photographer supplied the “ear pricking” toys.  One of the toys was a small squeaky dog toy.  The squeaky toy became my final option to get the ears forward.  “Squeak Squeak”

When every class was called into the center to line up for the judges, I walked out and got ready for my “pricker job”.  Vic and Alice Rowden had box seats on my side of the arena.  I had to walk by them, every time, every class.  On my return to my seat, occasionally Vic talked to me about my “job”.  I became aware that he had a sense of humor, plus he complimented me on getting those ears up.

About the second year, I became comfortable with my role.  I started to squeak occasionally when I walked by the Rowden’s box. I kept my squeaky toy in my pocket and made it squeak as I sashayed in front of Vic. I tried to surprise Vic.  I tried to make Vic lose his concentration on the horses in the arena.  I tried to make Vic jump. I always failed, but occasionally Vic would laugh at my subtle squeaking. This went on for perhaps three years, with the two shows each year. That equals a lot of squeaking! 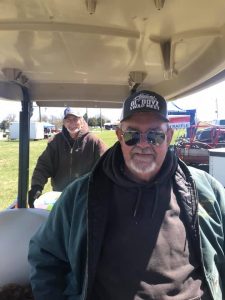 Vic got his revenge this year during his announcer duty.  We were lined up in the arena waiting for Vic to call out the winners.  My number, Fancy’s name, my Missouri Fox Trotter and my name was announced for fifth in Western Pleasure.  I screamed and got my ribbon and tried to canter out of the arena.  (Fancy is against cantering out of the arena with a screaming rider.) As the last rider was exiting the arena, Vic told the crowd that Susan Engle had recently graduated from Squeak University.  I just barely caught the “s” word.  I didn’t hear the full word.  Everyone looked at me with question eyebrows.  I had no idea what Vic was saying.  I recently graduated from what!?

Then Vic explained that I was a graduate of Squeak University and could be found in the performance arena with the winning horses.  Suddenly, it all became clear.  This was Vic’s way of complimenting me again and bringing attention to me.  You all know how shy I am and try to avoid attention!   Ha!

Thus, I have now fallen in love with Vic.  He’s even in the running for #1 Senior Announcer Boyfriend! 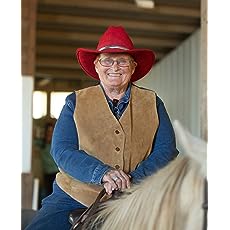