58 Years Strong for the Mackie Family With Missouri Fox Trotters 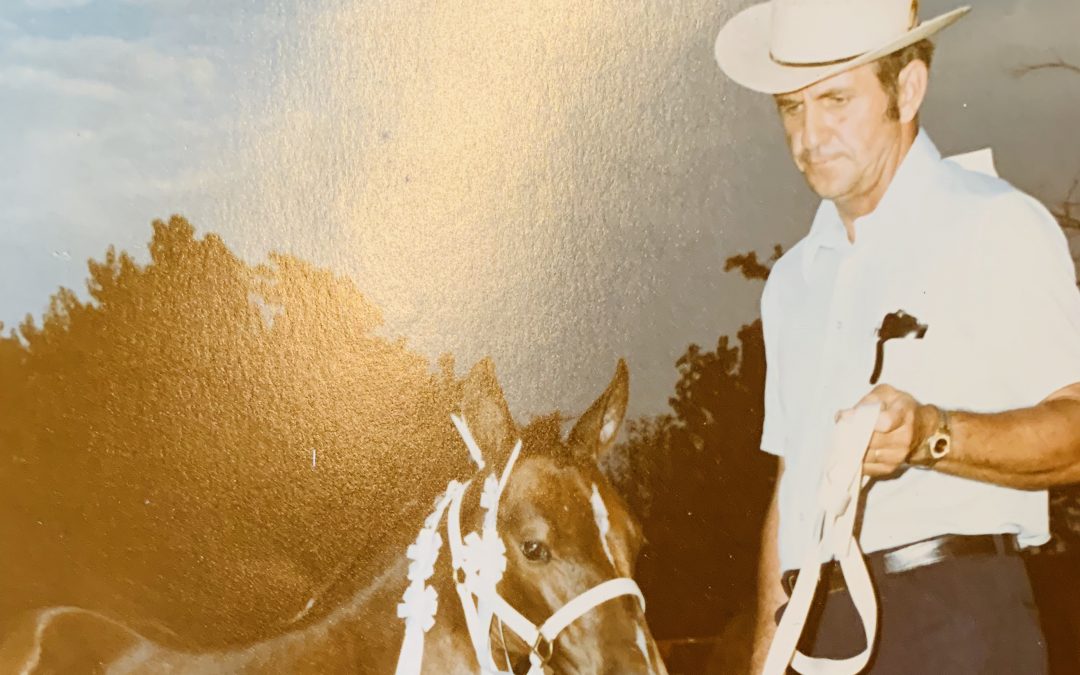 This past Saturday night the Grovespring Missouri Lions Club held their 58th annual Horse Show and the Mackie family has been a part of that every year. I am very proud of the fact that Grovespring has a history of putting on one of the most successful shows each year. This years show had around 100 entries which is excellent for a Saturday night show in today’s environment.

The reason I take a lot of pride in that, is that most those 58 shows was managed by my Dad (Irvin Mackie). In 1961 Dad joined the Lions Club joining my Grandfather, Clifford Hightower, who was a charter member. That same year Dad led the way to having their first horse show. At that time Grovespring became a member of the South Central Horse Show Association and had to be scheduled at the end of the show season because there was a horse show practically every weekend. Attached is a schedule of the shows in those early years just in the South Central Association. 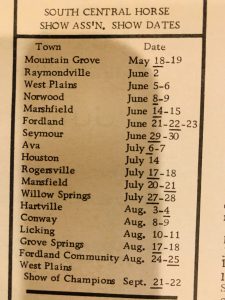 I remember Grovespring being the go to show as everyone prepared for the Celebration.  Entries in those early days all the way through the 70’s and 80’s would approach 200. Many times they would exceed 30 baby colts. Times have really changed.
When Dad got physically unable to help with shows I felt an obligation to start helping even though I no longer lived in Grovespring. In 2016 Dad passed away and the 2017 show was dedicated in his memory. Since his passing I have tried to take the lead to ensure the show stays successful for the Lions Club that was so important to him and my Grandfather. This horse show is the main contributor to the Lions Clubs efforts to assist in sight restoration across America.

At our last meeting I had the honor of receiving a 100 year pin that represented a member of my family being a Lion member for a total of 100 years.
– Mark Mackie –