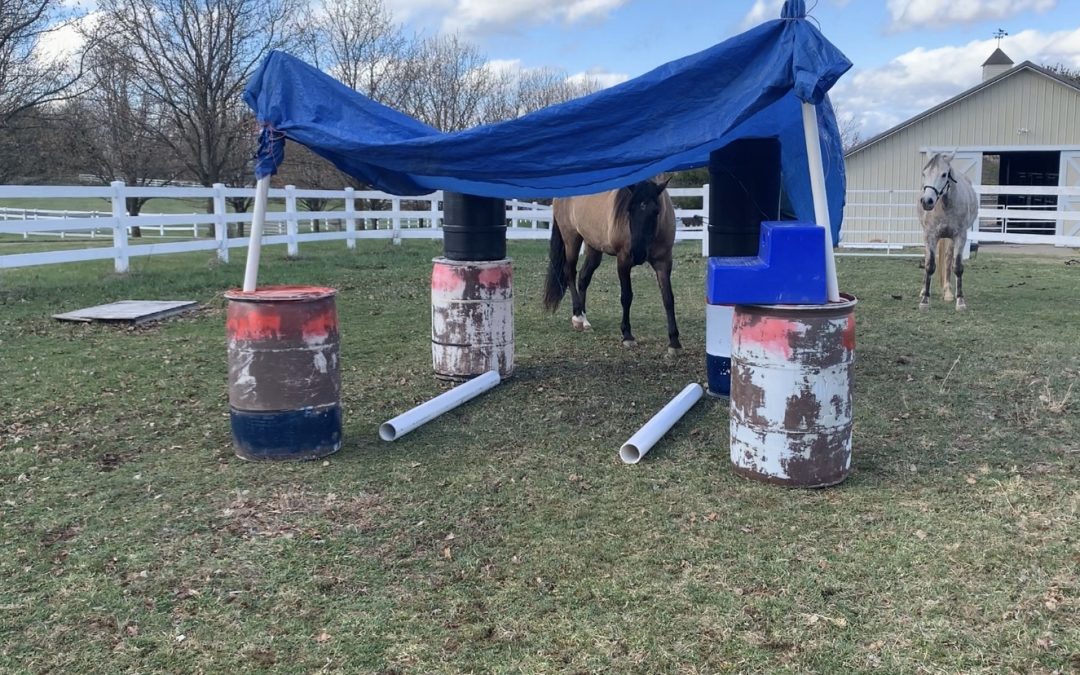 Here is Hope’s experience trying to conquer the March Kohout’s Credit monthly challenge.  This month’s Kohout Challenge is to send your horse under a hanging tarp. Hmm, my imagination starts taking over. Visions of riding bridle-less and maybe even bareback foxtrotting through a tarp tunnel go through my head. Oh that would be cool! Then I remember my age, oh never mind, that was my bravery level two decades ago.  I just have one tarp, I can make a short tunnel and send her through at Liberty. Perfect. How can I make it tall enough I ponder, Let’s see, I have barrels and poles, that will work.
I load up the tarp, barrels, and poles on the back of the gator and off I go to my set up spot. 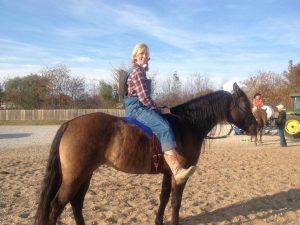 If you ever tried to play with a tarp outside you know what wind does to tarps. You can have them laying flat on the ground and a little gust of wind will catch a corner and the whole tarp goes flying over top itself. Luckily the wind was minimal this day. I get my barrels set up. The poles fit in holes that are in the barrels, sort of, if you touch it too much the pole falls into the barrel taking the tarp down with it. This happened several times during set up when the wind would behave badly and parts of my set up would at times fall. I had to make a couple trips back to the barn for some bricks to set on top of the barrels and some twine to tie the tarp to the poles to keep the wind from pulling it off.

It’s all working great and April, my Missouri Fox Trotter is willingly going through at Liberty and getting lots of treats for doing what I’m asking. My videographer (my hubby) walks up with a horrified look on his face assessing my cobbled together masterpiece. You can’t send your horses through that! They’re gonna get hurt!, he says.  I reply with a oh she’s only under it for a second, it will be fine, as I’m putting a piece back up that the wind gently took apart.

So we’re all in place,  my hubby has the video camera rolling, and April goes through it just as we practiced, easy-peasy, except this time just as she was clearing the exit, a huge gust of wind comes up and grabs a hold of the tarp.  The barrels begin teetering and the poles fall and the whole contraption comes falling down.  April turns around looking at us like we are crazy.  I burst out laughing thinking best video ever!  I take the phone to play back the video.  No video!  The record button didn’t push. Darn!

We’re going have to rebuild it and do it again!  Hubby says I should use his big commercial real estate sign posts, it will be much sturdier and safer. Brilliant!  To be continued…if it ever stops raining in Missouri this March. 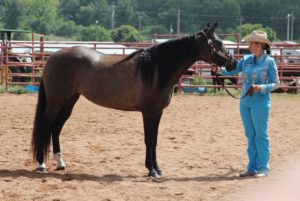