For The Love Of Missouri Fox Trotter Horses 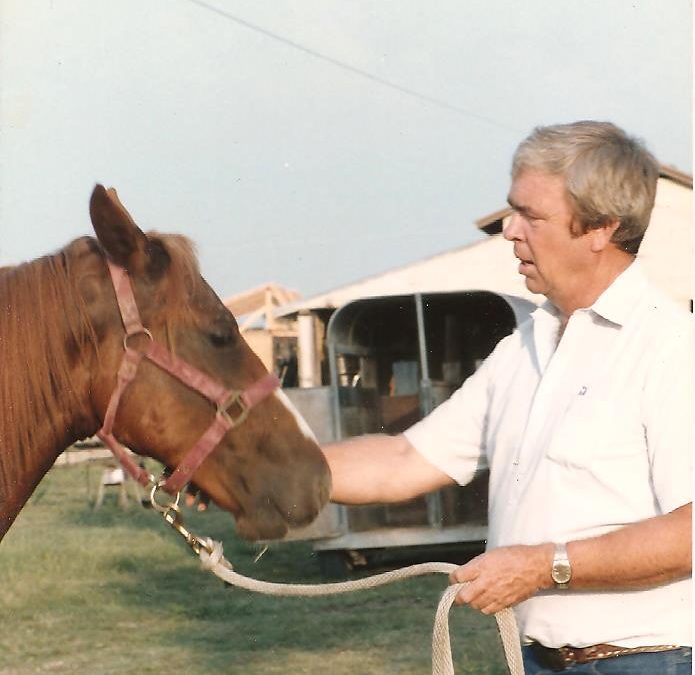 Missouri Fox Trotters came into my life in 1985 as my father told I could have any breed of horse I wanted as long as I stayed away from rodeo. After four years of high school rodeo with my brother, my parents hoped any other area of horses would be less than consecutive weekends of activities. Since my father owned a fox trotter as a child, I thought this might be a fun breed. After a newspaper classified ad caught my eye, Fox Trotters were about ten miles from home! Rather excited I presented the paper to my father, who agreed to go see the horses. I was ready for high school, had outgrown my barrel racing mare, (After all Cricket was 19) and it was time for a new mount. 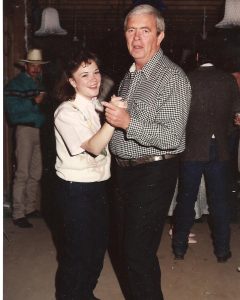 That little newspaper ad introduced us to George and Jackie Trenholm in Leonard, Texas where they were raising and showing Fox Trotters. I met them during a prime point in their show career as two short years later their beautiful grey stallion, Sensation’s Gunsmoke, would become the 1987 World Grand Champion.  Training for them in Texas, Jim Hufft and his lovely wife Shelby actually introduced this breed to me. One trail ride through the pastures with Jackie, I was hooked on the MFT, and was excited to tell dad all about them! Dad accompanied me to see the horses and we went home to talk about what I really thought of them and how I would proceed with learning a new breed that I knew nothing about. Somehow, I convinced him I could do this and we planned a trip back to purchase a horse.

That trip back to the Trenholm’s barn resulted with the purchase of three horses not just one! A two-year-old for me and two older mares one for dad and one just because! That two-year-old taught me so much – generally considered a disaster for a beginner I was not  a stranger to horses, I had Jim and Shelby Hufft as mentors and more determination that most people could imagine. Over the years I met multiple trainers both in Texas and Missouri and gained a wealth of knowledge about training a MFT.

Through those years, I worked with Harold Evans, and later James Wright and a slew of individuals involved with the breed. Each of those people shared information and knowledge with me

So fast forward almost 35 years and my grown daughter is now involved with the MFT breed, showing, raising and serving as a Regional Director for the MFTHA, and my love of the breed remains strong. So now an “empty nester” a couple of years ago I anticipated this and told my spouse, I wanted to be a rancher. After managing medical clinics for years, I wanted to be outside away from a desk and computer and with “nature” if you will. Something was nagging within me and I wanted away from corporations, management and teams of staff.  I told Tony, “I want to be a stay at home mom.” He looked at me puzzled and said, “the children are grown.” Well he got that part exactly right and to me that was the perfect time to be home!

We have plenty of acreage for our few horses, and I wanted to do something more. I had chickens as a child and I started my dreams with a few hens. Of course, each addition of new critters means new housing or fencing as it’s never as easy as I just want a few chickens. Those first hens were a visit back to my childhood and I searched for certain breeds and put together and lovely flock. The journey with chickens has been full of ups and downs as I learned about predators and illnesses After a couple of years, I decided perhaps they were the gateway critters as next came quail.

I found bobwhite quail babies on craigslist and pitched my cause to Tony and came the twenty questions – those twenty questions no one is prepared for. You see, I am the fly by the seat of my pants person, and Tony is the details person – every detail! My best pitch for having quail was that I remembered them as a child – flushing covies while riding was always a story – a bucking scared horse, or just a lovely visual of the birds in flight. Those things deep in my memory were no part of a business plan just a whim something I wanted to try and do. So, I talked Tony into 20 baby quail. Those first 20 quail basically became sacrifices to my lack of knowledge. I promptly learned quail were nothing like chickens, and everything I thought I knew about chickens, went right out the window with that first batch of quail. The learning curve proved to be steep, but after that first batch, I found other breeders, and fanciers that shared their knowledge and a new business was born! 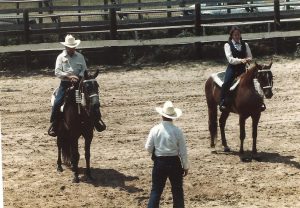 Our west fence was overgrown and looked somewhat like a Texas jungle.  So, visiting with some fellow MFT owners, I found several people were raising goats. Karen Hammer, Alecia Woods, and Wayne Lewis all had some goats and were all willing to share some knowledge and I thought this would be a perfect way to trim away that serious overgrowth along that fence and I would have some new critters on the ranch and one step closer to my dream!  So back to Tony with my next idea. This time I was a little better prepared with my “case” for having goats. Since I can mostly handle them by myself, vs cattle that would involve more of Tonys’ time (or so we thought) I had convinced Tony goats would be a good addition to the growing ranch.

We went to the first place and purchased two does and one kid.  Goats, yes cute goats! Bouncing bundles of joy! Well another learning curve – this road had many curves and soon my high school days of raising sheep no longer applied. Back to zero in the knowledge department and the quest started again to become knowledgeable and productive with goats. Those first goats just three years ago, were nothing remotely like what the ultimate goal became. Breeds of goats were swimming in my head as I had no idea what the differences truly involved. The goats were fun and something I wanted to pursue, and the knowledge tree was growing rapidly. We soon landed with a few Kiko goats thanks to the help of Karen and Jesse Hammer and this breed ultimately became our breed of choice in the goat business.