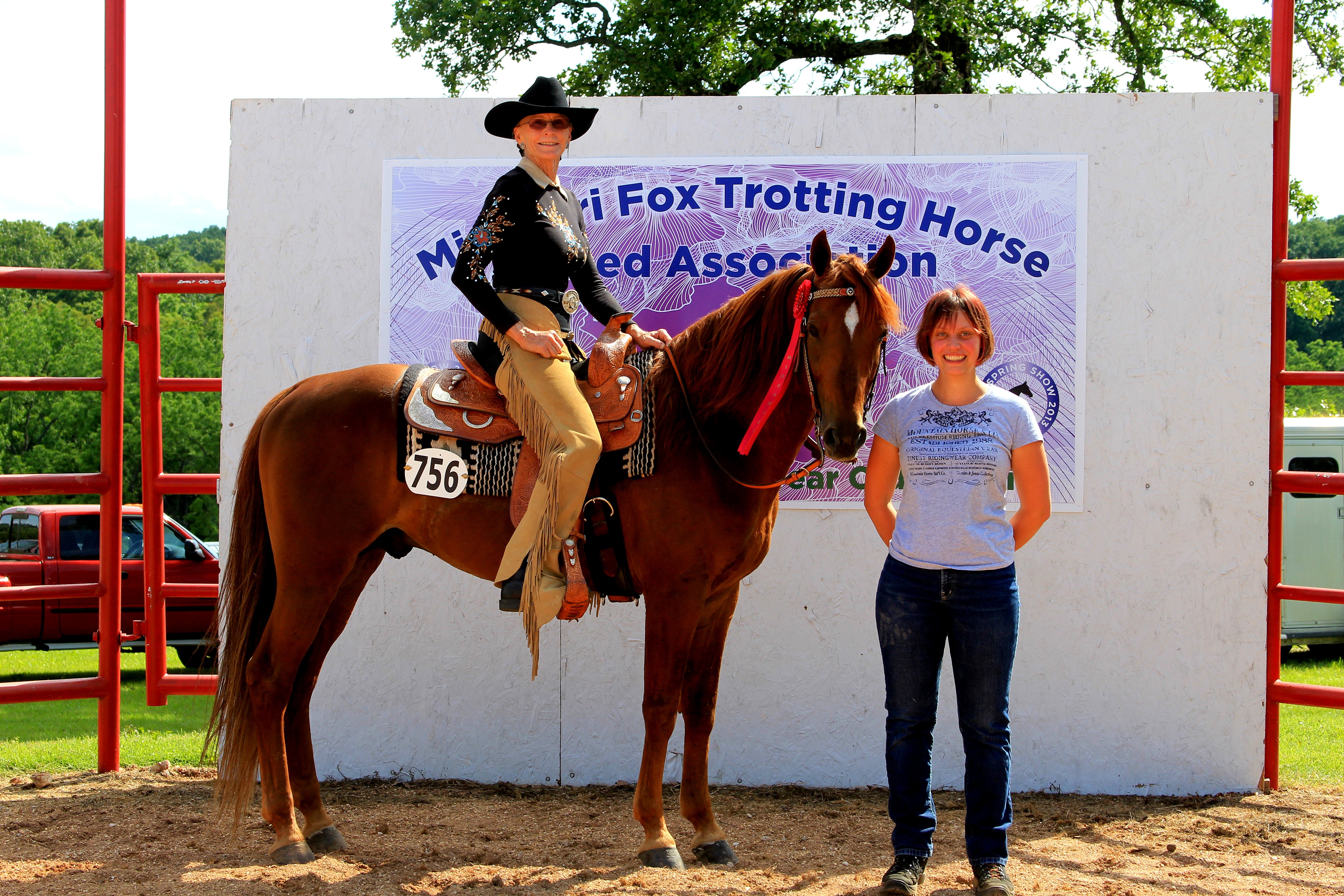 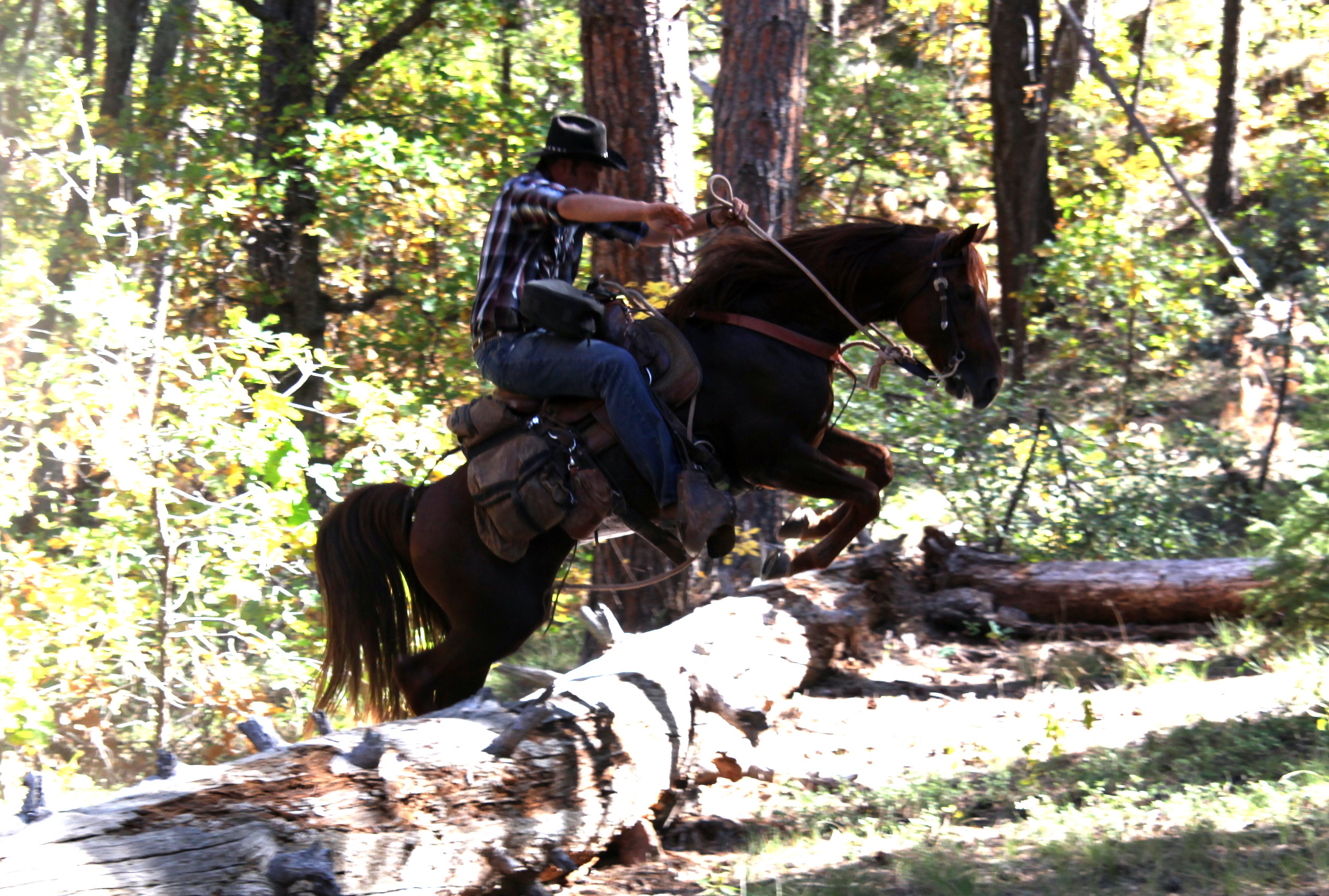 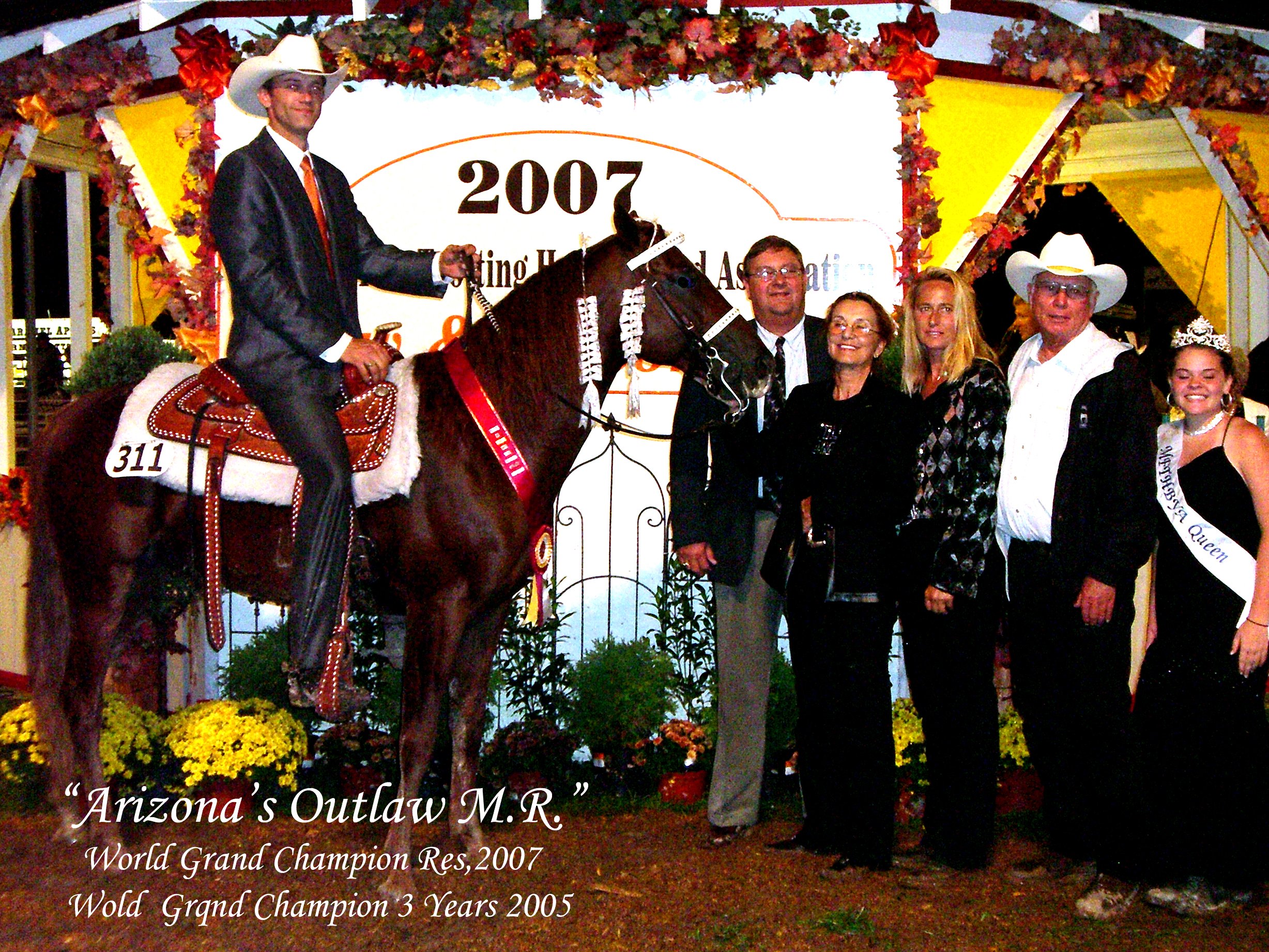 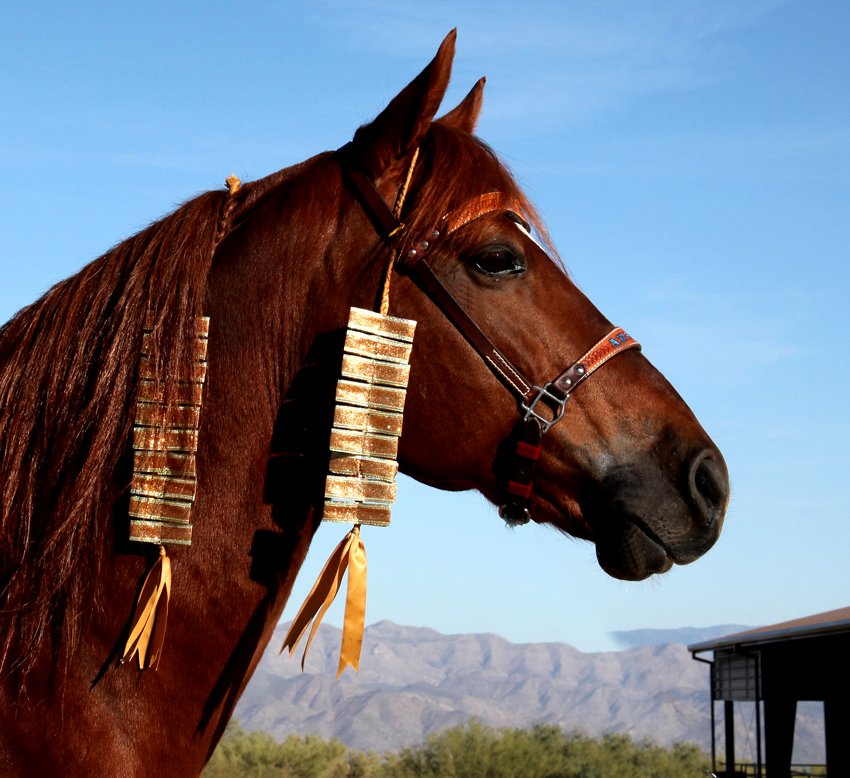 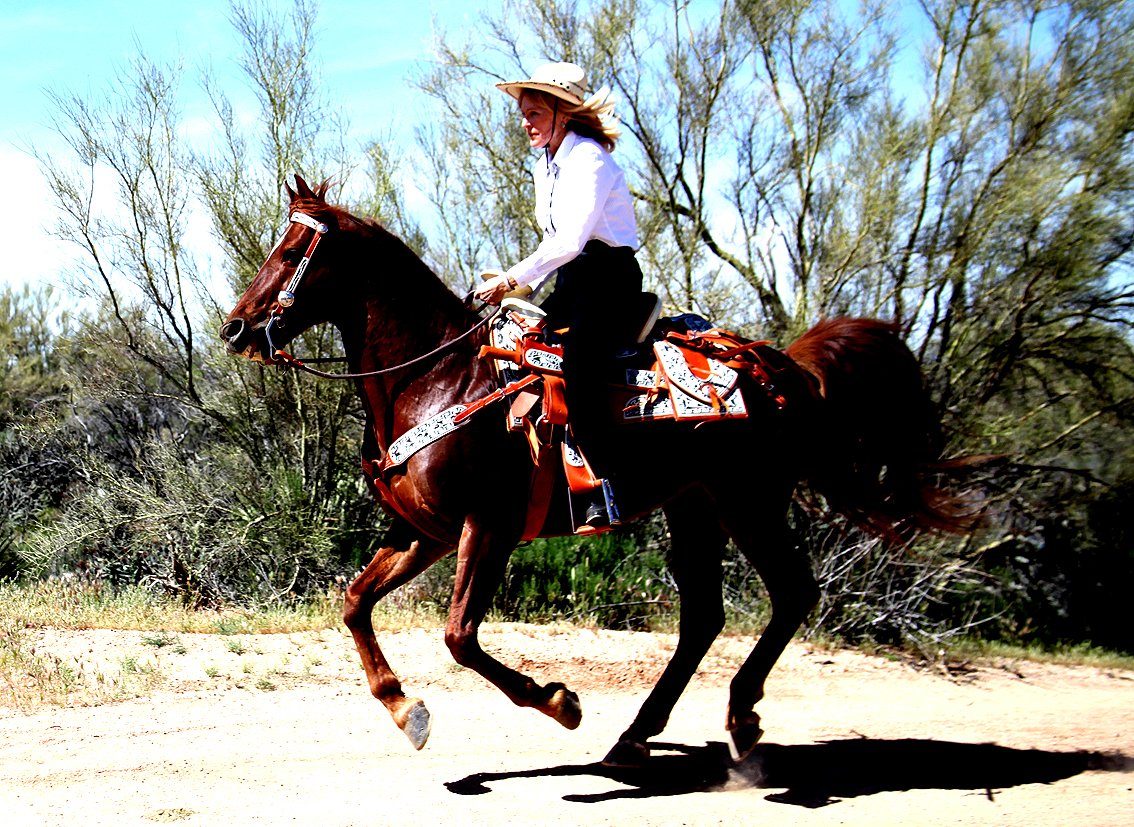 This Missouri Fox Trotter Stallion is

owned by Lothar and Monika Rowe at Miller Ranch from Scottsdale, AZ 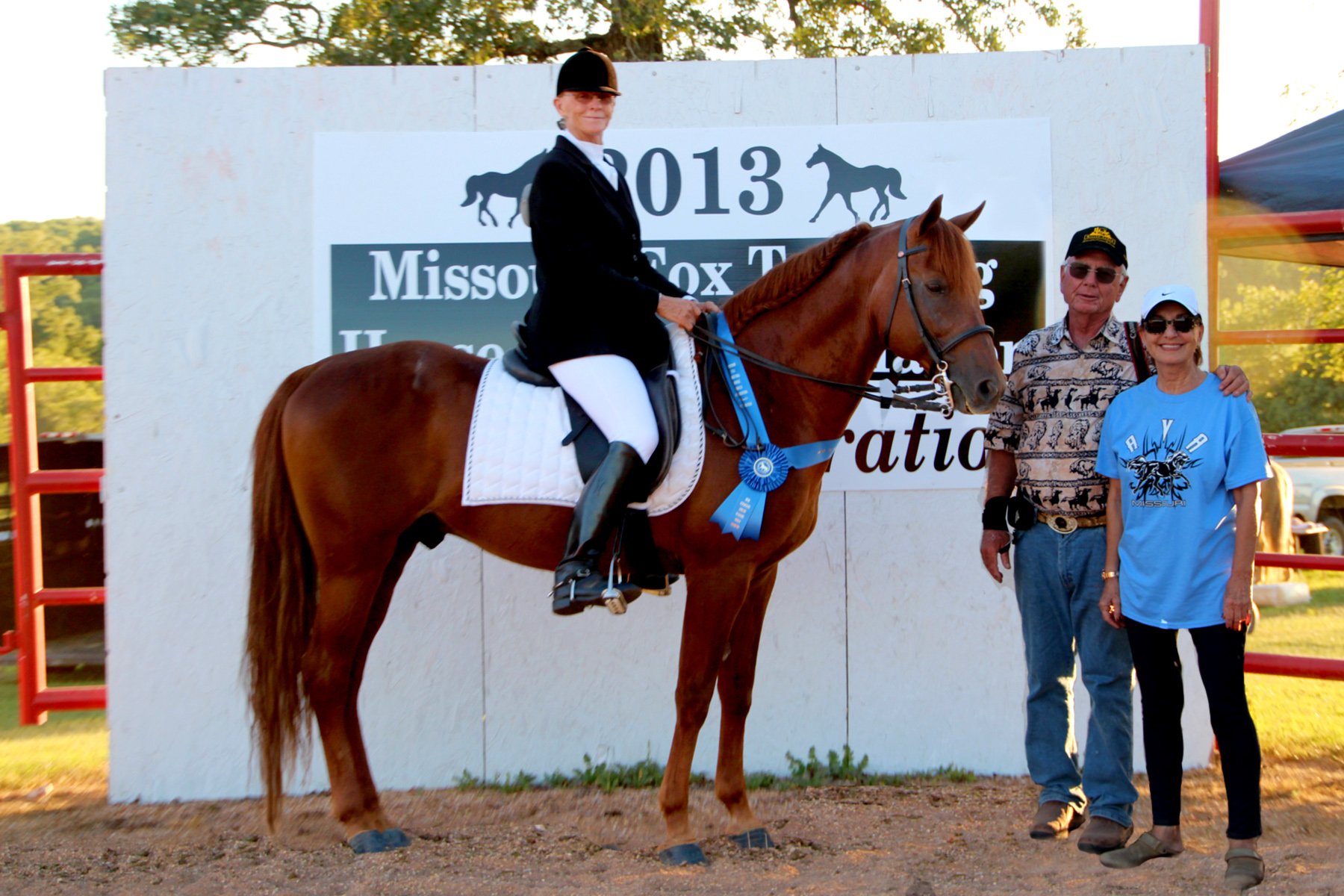 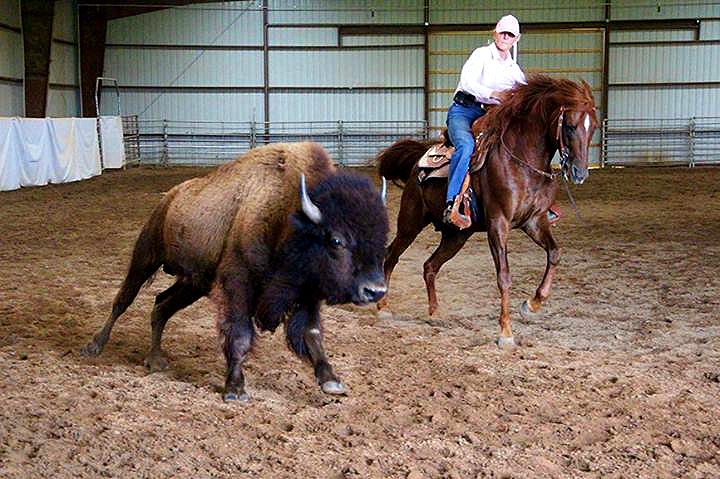 DNA tested and PSSM tested negative by University of Minnesota. Gait Test by UC Davis, CA. Result: AA -he is gaited and he is producing gaits. He has passed the Breeding Suitability Test (ZTU) He was shown in the Breed Show 2018 and has passed it with  sensational 9.10 Points from 10. He was entered in the European Studbook I of the Missouri Foxtrotter.

He keeps his promise to honor his ancestors. In conformation, gaits and rhythm, he follows his sire and his dam. He is very curious, very active, friendly,  with a great disposition, not frightened of anything! It is real joy to work him and to ride him outside on the trail. From the beginning he showed a wonderful, flawless flat foot walk, an excellent also flawless foxtrot with a long stride and he showed his natural, unbeatable rhythm, nobody will forget it, who saw him. His canter is well coordinated, with a wonderful flying lead change. With this bloodline, he is an excellent breeding stud. His sire is “Missouri´s Outlaw” and his dam is “Grey Boys Amber”, a half- sister to “Legend´s Little Princess”. Have a look at his offspring. 2005 he was shown at the Spring Show and at the Celebration in Ava, Mo, four times and he won it all. He was shown four times and he took the Blue . He won the 3-Years Open in the Spring Show, the 3-Years Stallion Class Open at the Celebration and he is the new World Grand Champion 3-Years Open 2005.

But also a stallion must have some fun and we took him on trails here in Arizona, drove him on the buggy and he was several times on the Monument Valley Trail . Our training and our way of keeping him paid off.

2007 at the Celebration he was the youngest stallion in the Open Senior Classes and placed 1st in the Stallion & Gelding World Champion Class. In the highest Class, he won the World Grand Champion Open Reserve. 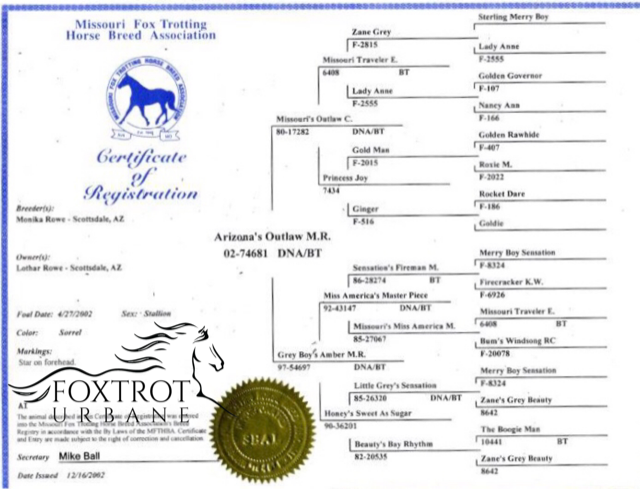 Need help or have questions with your Missouri Fox Trotter or Foxtrot Urbane?  We would love to help, we're just a click away!